Despite being a market leader in the provision of forensic science services to the police and criminal justice sector, LGC Forensics had no strong identity of its own having utilised the corporate identity guidelines of its  parent company, LGC Group, for communication purposes. This lack of awareness was confirmed during a number of focus groups and online surveys conducted by Orchard on behalf of LGC Forensics which showed that parent company’s brand identity was neither relevant to the subsidiary’s customer base, nor differentiated LGC Forensics from its competitors. From a series of brand concept boards discussed in senior management workshops, the idea of placing numbers at the heart of a new brand identity for LGC Forensics was approved. The concept reflected police practice of using numbered markers at scene-of-crime investigations and highlighted the vital role accurate results play in bringing justice to bear. When an extensive research programme confirmed that the company’s target market approved of the idea, numbers became the name of the game. 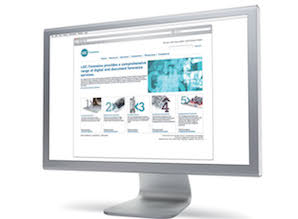 The creation of a micro-site for the Digital and Document Forensics division of LGC Forensics allowed Orchard to successfully take the Numbers brand image into the next level of development, including motion graphics. 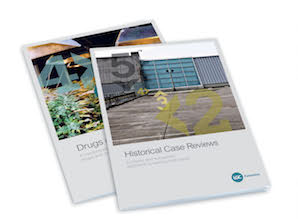 Based on the brand guidelines and utilising Orchard’s ongoing support, LGC Forensics established a unified and effective communications programme across a whole range of literature, promotions, exhibition graphics and other material. The Numbers game proved its worth as LGC Forensics grew in terms of size and services, and expanded into international markets. 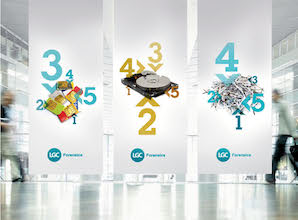 A number of strategic acquisitions significantly enhanced LGC Forensics’ offering within the arena of digital forensics science and resulted in the formation of a specialist division responsible for the recovery and investigation of material found in digital devices, such as computers, mobile phones, CCTV etc. Orchard successfully applied the brand guidelines to the various communication channels utilised by this newly created division, including a micro-website and conference graphics.